To those who didn’t notice, as of the previous post, the site has been relocated. Yes, that’s right. If you look at the address bar, it’s now under my second domain. More formal and perhaps easier to remember, if you ask me. Furthermore, it’s here to stay (as along as I live, at least). Together with the move are the following changes: 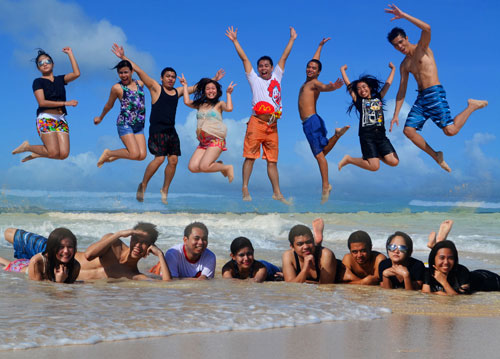 Before anything else, here’s the newly-revitalized Gallery! It’s now a protected zone, as shots are no longer becoming more discreet…

I missed the happenings at the gym for I was busy that day. The following pics were taken in the bar (if it can be considered one) at the Center Island.

END_OF_DOCUMENT_TOKEN_TO_BE_REPLACED

Not everyone is in the profiles page. Only those that have submitted their souvenir program pictures are there. If you want to be there or want your picture changed, please e-mail me, just like what Mia did.

Don’t simply tell me to get a picture of you in your Friendster account. If you’re determined that the world will see what your face has become, then you shall do your part by showing enthusiasm.

Just wrapped up things today. The dead links to images have been repaired. Migrating from one host to another is never easy. Last December my previous host did the most stupid thing they could do that’s why I moved out. A few recent data were lost…

As you may have noticed, Suaybaguio is no longer alone in the Graduation Pictures. If you’ve already received yours you may send them to simulationelson@gmail.com. As for me, the pictorials’re next week. Also, I’d like to encourage you lot to signup for gravatars (Raro finally succeeded at it) to make discussions more, uh, lively.

Have a good day everyone.

If you have been observing the calender, then you have already realized that Kenneth is, by now, already out of the country. As a matter of fact, he called me that very day (which woke me up from my slumber). Their flight was early and he said he merely wanted to consume all his prepaid load for it will no longer be of use out of the country. Below was a message from him after dropping the call:

Phew, let’s wish all the best for Lagat. I will definitely demand for libre when he gets back. Haha. According to him, from Japan they will ride the vessel that will then take them to the US. Sounds cool, huh. Speaking of foreign matters, here’s an update picture of Raro in Singapore (echos): 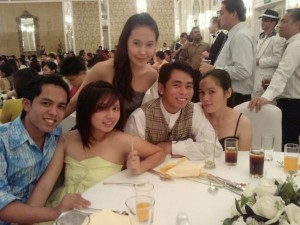 Last Thursday night he called me straight from Singapore. Would you believe that? Hilas kaayo ang tinuhak! ~ “Uhm, hello this is the dean…” ~ Yeah, right. I think it was a “free call” like the one we sometimes have here. 😛

The site has been down for two days or so and it took me a lot of patience before eventually finding an absolute solution. I hate that Fatal error.